When designing a PCB with nRF51, nRF51822 or nRF51422, there are some rules that should be followed in order to get a good working radio/system, with a maximized range.

In RF, things work differently than in "regular" electronics, due to high frequencies (and short wavelengths). One of the resulting effects is that the phase of a signal will vary along the transmissions lines, as opposed to low frequencies where the wavelengths >> transmission lines, and this effect can be disregarded. If the system (chip and antenna) is not matched, there will be reflections of the signal in the transmission line, resulting in loss. The system can be matched using a 50 Ohm reference point; matching the chip and the antenna to 50 Ohm.

Balun: Only baluns that are designed for the specific nRF51 packages, QFN or WLCSP, should be used. Since the impedance on ANT1 and ANT2 is different on the WLCSP and QFN packages, their baluns cannot be interchanged. The list of baluns that can be used can be found on the nRF51822 webpage --> "development tools and software". The placement of the baluns should be an exact copy of the reference layout in their datasheet.

The baluns the can be used with the nRF51 are the following:

In addition to matching the chip to 50 Ohm, the above solutions will also damp harmonics and RX LO, which is required for the design to pass the various regulatory standards. The whitepaper "Regulatory and Compliance Standards for RF Device" sums up the most common regulatory standards.

Chip antenna: Any 2.4 GHz antenna can be used. In order to obtain good performance, it is important to place the antenna according to its datasheet. The antenna datasheet will also contain information about the bandwidth of the antenna. 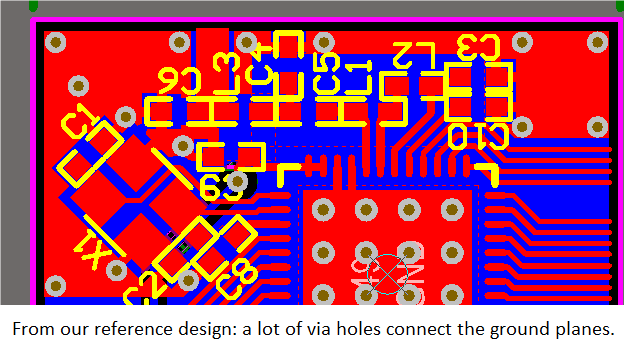