These enhancements and the new feature open the doors to improved user experience, superior reliability, and enhanced energy efficiency in many Bluetooth Low Energy-enabled products.

Periodic advertising is based on extended advertisements which is a core feature introduced in Bluetooth 5. It is a form of broadcast communication that is unidirectional where the broadcaster sends advertising packets at a fixed interval. One or more scanners in RF-range can listen for these advertising data with no form of acknowledgement (connection-less communication). This makes broadcast communication flexible, but unreliable. Therefore, some broadcasters resort to increase the probability of their packets being received by introducing redundancy, broadcasting duplicated copies of the same data multiple times in succession.

The new enhancement is the introduction of the AdvDataInfo (ADI) field that can be included in periodic advertising packets, enabling more efficient processing of redundant data.

By allowing the broadcaster to include the AdvDataInfo field in periodic advertising packets, scanner(s) can now immediately detect when they receive a duplicate of a previously received packet and discard it in the controller rather than passing it to the host. The earlier a scanner can identify and discard redundant packets, the less energy it spends processing those redundant packets and the more time it can spend scanning other channels. In other words, not processing redundant packets not only gives energy savings, but it can also increase the RX duty cycle of one of the other channels.

Prior to Bluetooth 5.3 Channel Classification Enhancement, when a Bluetooth LE connection is established between a central device and a peripheral device, only the central is involved in the process of channel classification. This might not be an issue if the central and the peripheral devices are in close physical proximity as they are very likely experiencing the same RF conditions. However, if the central and peripheral devices are not close to each other, they might experience different RF conditions. Thus, when channel classification is performed only by the central device, it is possible that the channel map can contain channels classified as “good” which are not a suitable choice for the RF conditions of the remote peripheral. In such situation, there is the likelihood of packet collisions, connection dropouts, and it overall affects throughput negatively. 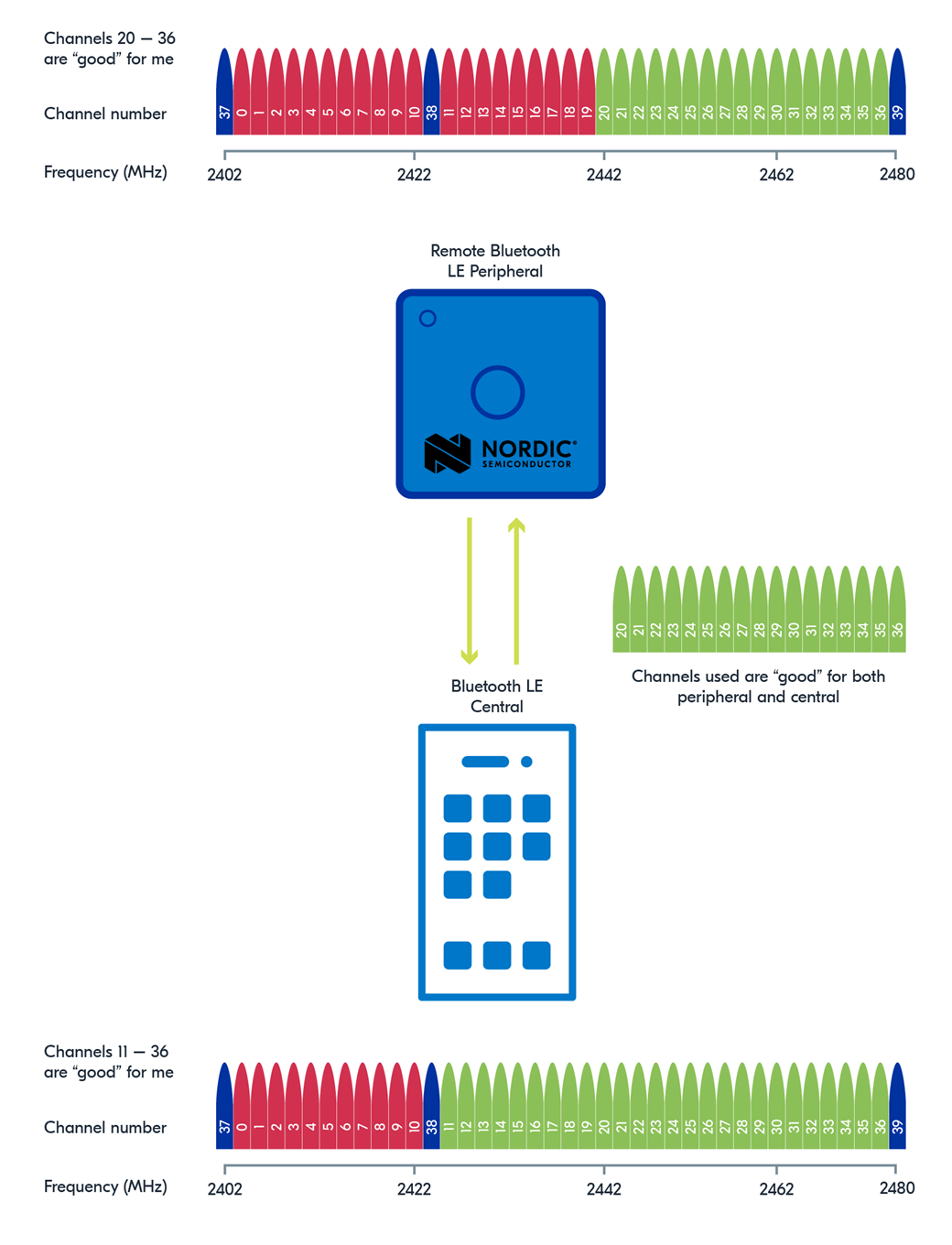 All Bluetooth LE connection-orientated communication can benefit from the Channel Classification Enhancement to improve the wireless performance in terms of throughput and reliability, and reduce the likelihood of packet collisions.

The duty cycle of a Bluetooth LE connection can be changed dynamically through what is known as a connection update procedure. For instance, a peripheral sensor device with stable readings (within a predefined interval) could select initially a low duty cycle connection to save power. However, when the sensor's readings are outside the predefined stable interval, it could tighten monitoring and now switch to higher duty cycle connection, through a connection update procedure, to efficiently upload the sensor data to a central device.

The use cases expected to benefit from subrated connections include Bluetooth LE Audio products such as hearing aids, Bluetooth sensors products and more.