Development with Eclipse and GCC

I have noticed that there have been several questions on development with Eclipse and GCC, and I have also been trying myself for quite some time to make it work properly. It finally seems like I have figured out an approach that works for me. I.e., successfully importing and debugging of example projects from the nRF51 SDK. So I thought I could make a blog post to share my setup and hopefully help others who are also new to Eclipse and GCC.

Inspired by other devzone users I found out that the easiest solution to setup Eclipse with debugging is probably by using the GNU ARM eclipse plug-in from http://gnuarmeclipse.livius.net/blog/. Regardless, it still it took me some time to get it all working so I have described my approach for importing and debugging SDK 6.0 exampe projects below.

Setting up Eclipse with register view 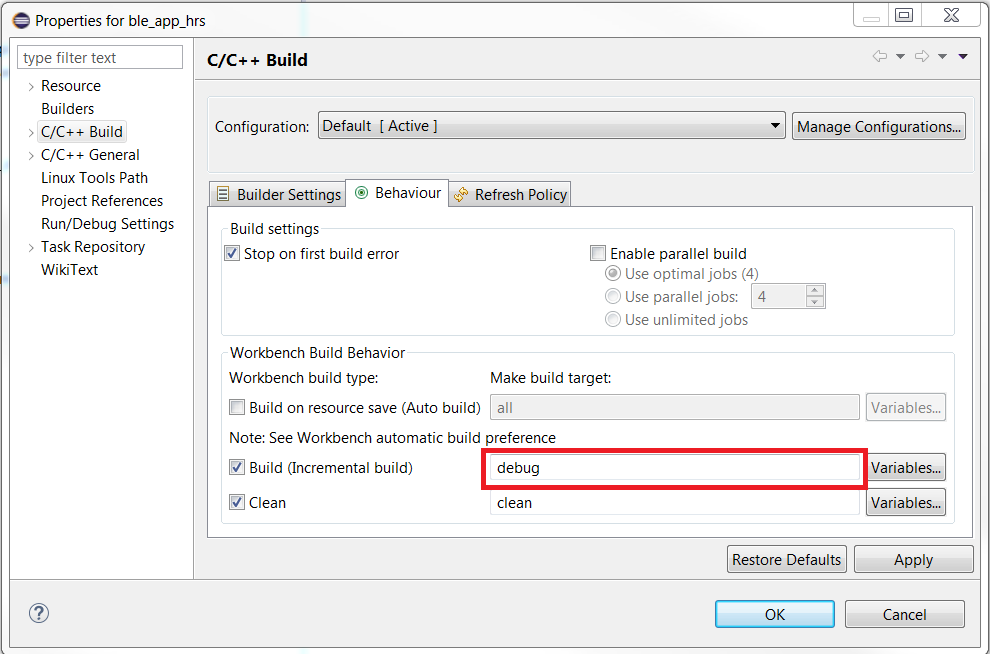 Then set the correct device name in the debugger tab according to your target. See "Supported device name" if you are unsure. Next step is to edit the "jlink_path" variable. Change the path to your latest version of your Segger driver folder (../JLink_Vxx). Then set arm-none-eabi-gdb in the GDB client Setup. SWO can also be disabled under Startup tab as it is not supported by the nRF devices (will only give a warning). 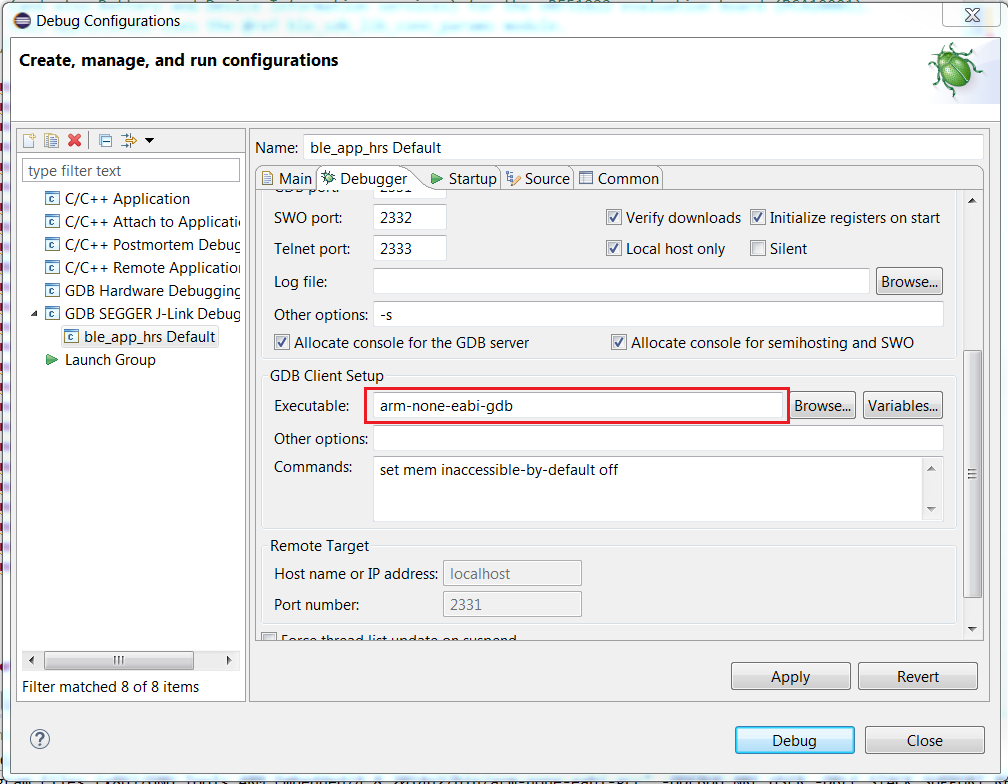 9.That is it. Here is the debug view of the heart rate example: 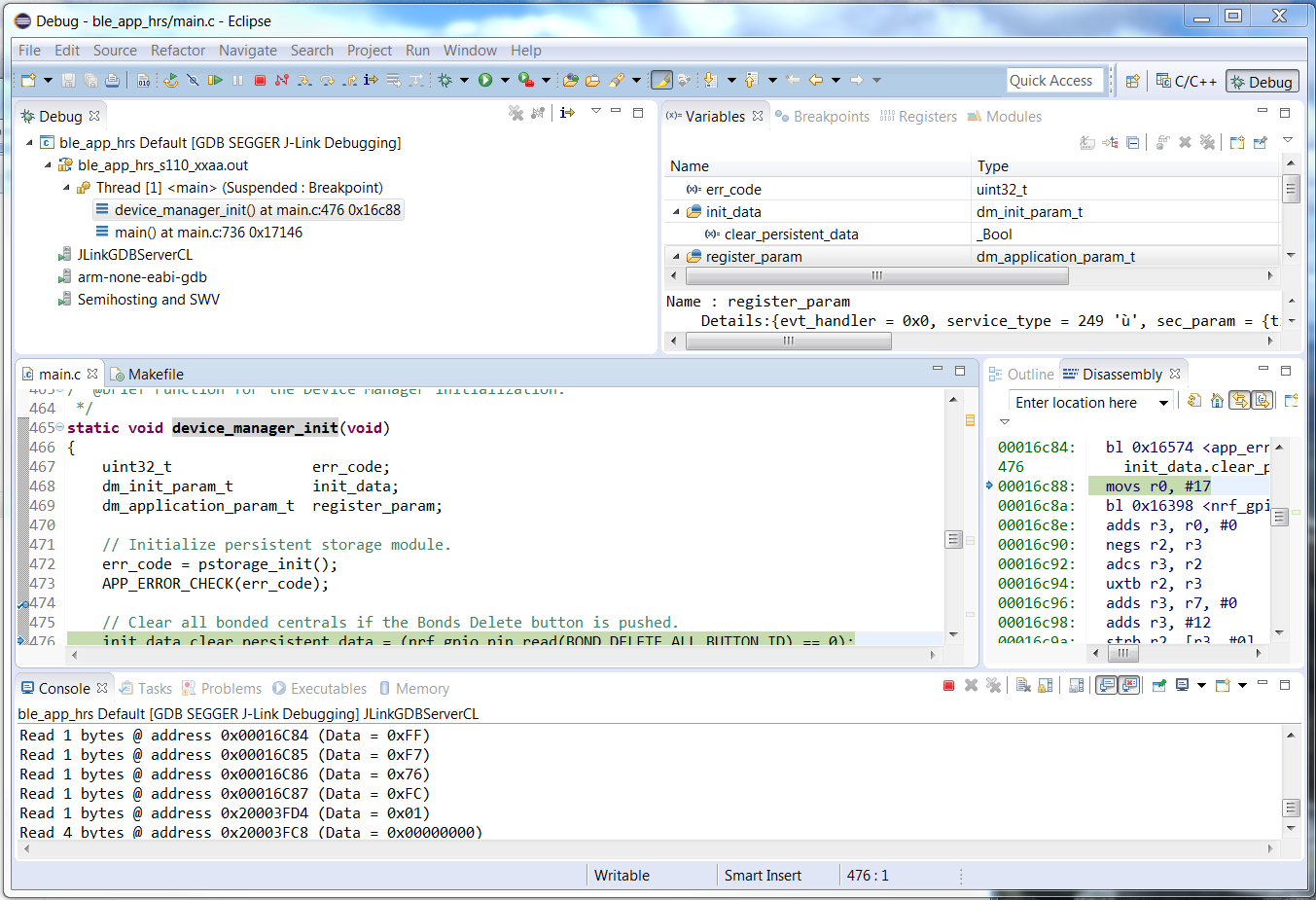 10.Flash downloading can be done with nrfjprog.exe directly from Eclipse. On the run menu, click 'External tools Configuration', select 'program', and then click 'new'. Then set the location of nrfjprog: C:\Program files (x86)\Nordic Semiconductor\nrf51\bin\nrfjprog.exe, and your current working directory: ${workspace_loc}//_build. Then the last step is to provide the nrjprog arguments for programming the hex file: --program{workspace_loc}//_build/.hex --reset. Clicking the 'run' button will then program application to the board.