In SDK 12.0.0 or later, logging/debugging over RTT is built in to the logger module NRF_LOG. To enable logging over RTT, "check" the NRF_LOG_BACKEND_SERIAL_USES_RTT option in sdk_config.h in the configuration wizard.

This tutorial is therefore mostly relevant for SDK 11 or older.

Normally when creating software there is a need to debug and monitor the execution of the code. There are several options when it comes to debugging, for example printing information on the serial port, or using breakpoints and stepping through the code in Keil. However, these methods don't work very well when debugging real-time critical applications like bluetooth applications. A good alternative to standard logging on the serial port is to use the Real Time Terminal from SEGGER. This tutorial will show how this debug feature can be added to any existing project.

As with the previous tutorials, this tutorial will be based on the ble_app_uart project, but any other project can be used.

Now we have the header file for the RTT functions but we also have to add the .c files to the project.

You should now be able to send simple strings through the RTT interface. In the main function in the main file, add the following line right before the main loop:

The first argument is which channel to write the text to. You can read more about channels on the SEGGER webapge, but the default channel is 0. Compile the code to make sure everything went ok.

Now that the code is sending output to our RTT, we have to be able to read it. There are several ways this can be done, as summarized on the segger webpage. The easiest way is to use the J-Link RTT Viewer that comes with the J-link software package. 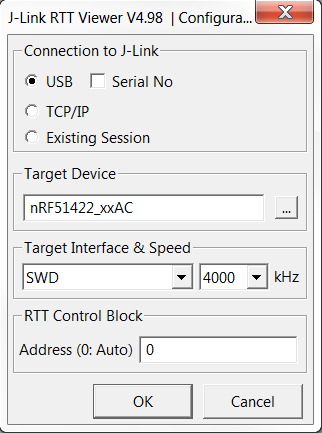 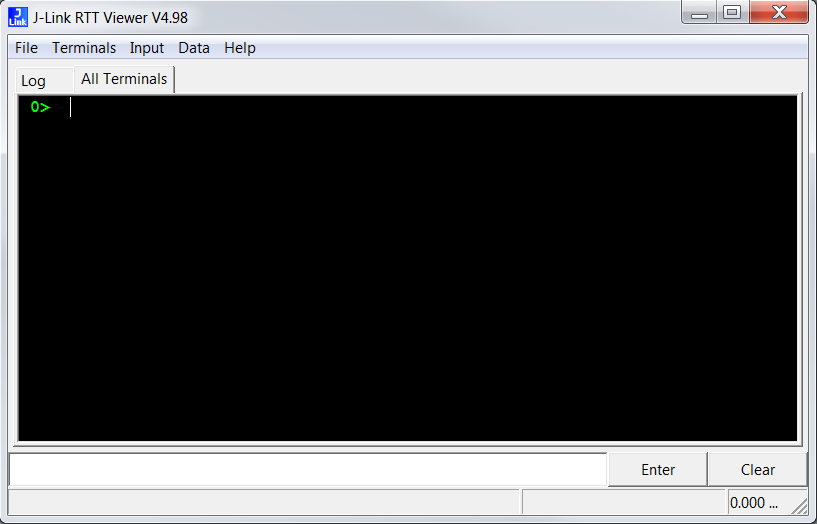 Now, load the code you compiled above onto your device, and you should see the text "Hello World!" appear. Notice if you open Termite you will also see the text "Start.." which is still printed on the serial port as before. You can now use the ble_app_uart project as intended, but also send text to RTT in order to debug. Keep in mind that SEGGER_RTT_WriteString() is much faster than printf, so you can safely call this function without it affecting the real time properties of your application.

You can also use RTT to send text to your device, as an alternative to UART. Modify the main loop in the ble_app_uart project so it looks like below. Remember to also include nrf_delay.h to use the delay function. 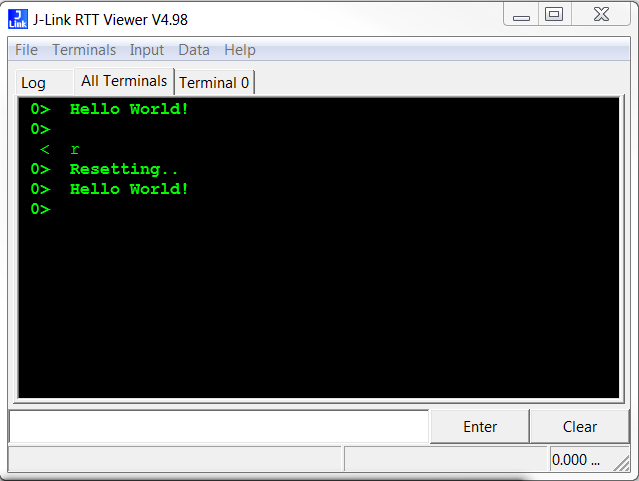 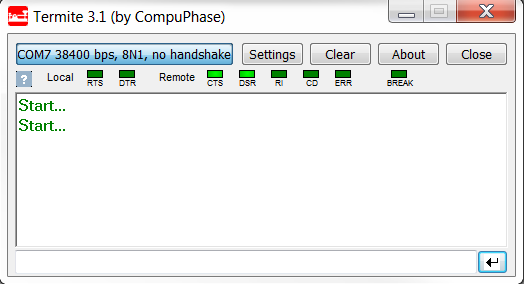 So far we have only looked at unformatted printing, using SEGGER_RTT_WriteString(). A more powerful function is the SEGGER_RTT_printf() function. To be able to use it, we must modify the project a bit more. 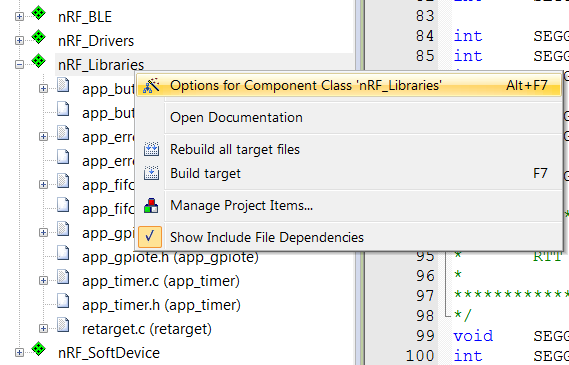 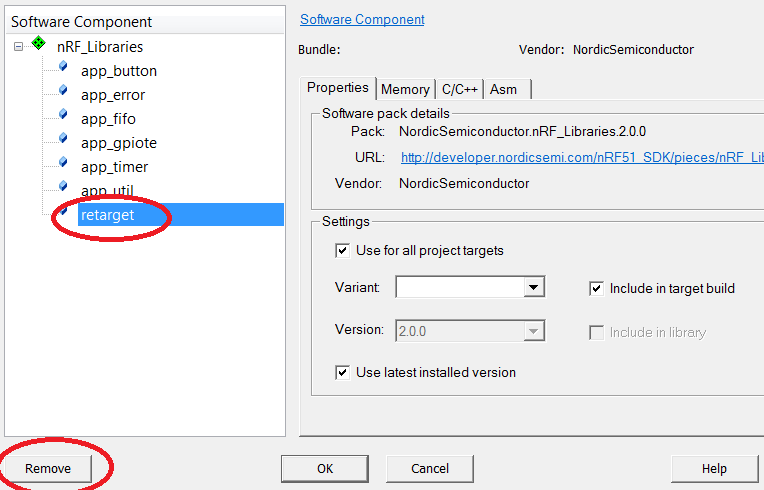 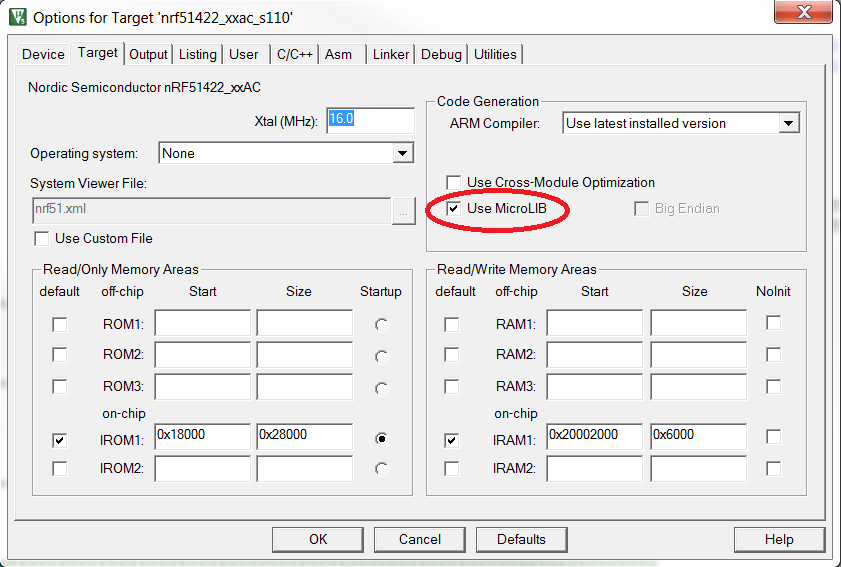 Compile and run the project. Notice that the output can be color-coded to allow for a visually appealing debug output. In RTT-viewer, go to Terminal 0 to see the colored output. 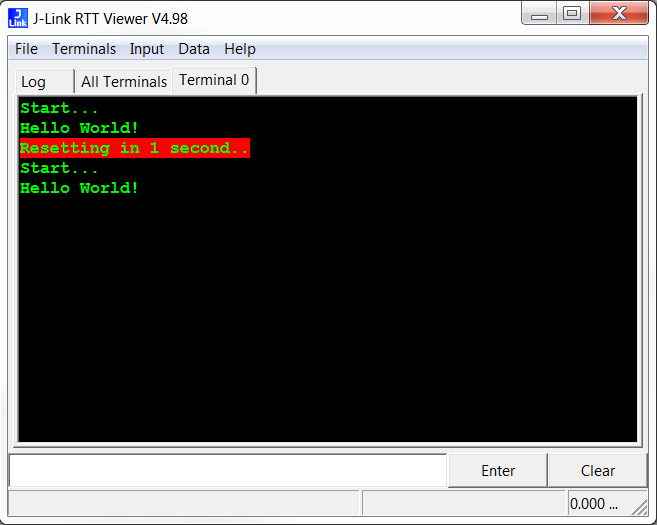 Notice that the printf function also directs its output to RTT now. The ble_app_uart project will still work as intended though, because it uses app_uart_put which outputs to the serial port.

An example on how to use the printf function:

where the first parameter specifies that the output should be printed to Terminal 0 in the J-Link RTT Viewer, second parameter is the string to print, and the value of "variable" is inserted for "%d"

For more information on RTT and the various functions, you can read more in chapter 10 in the J-Link manual.